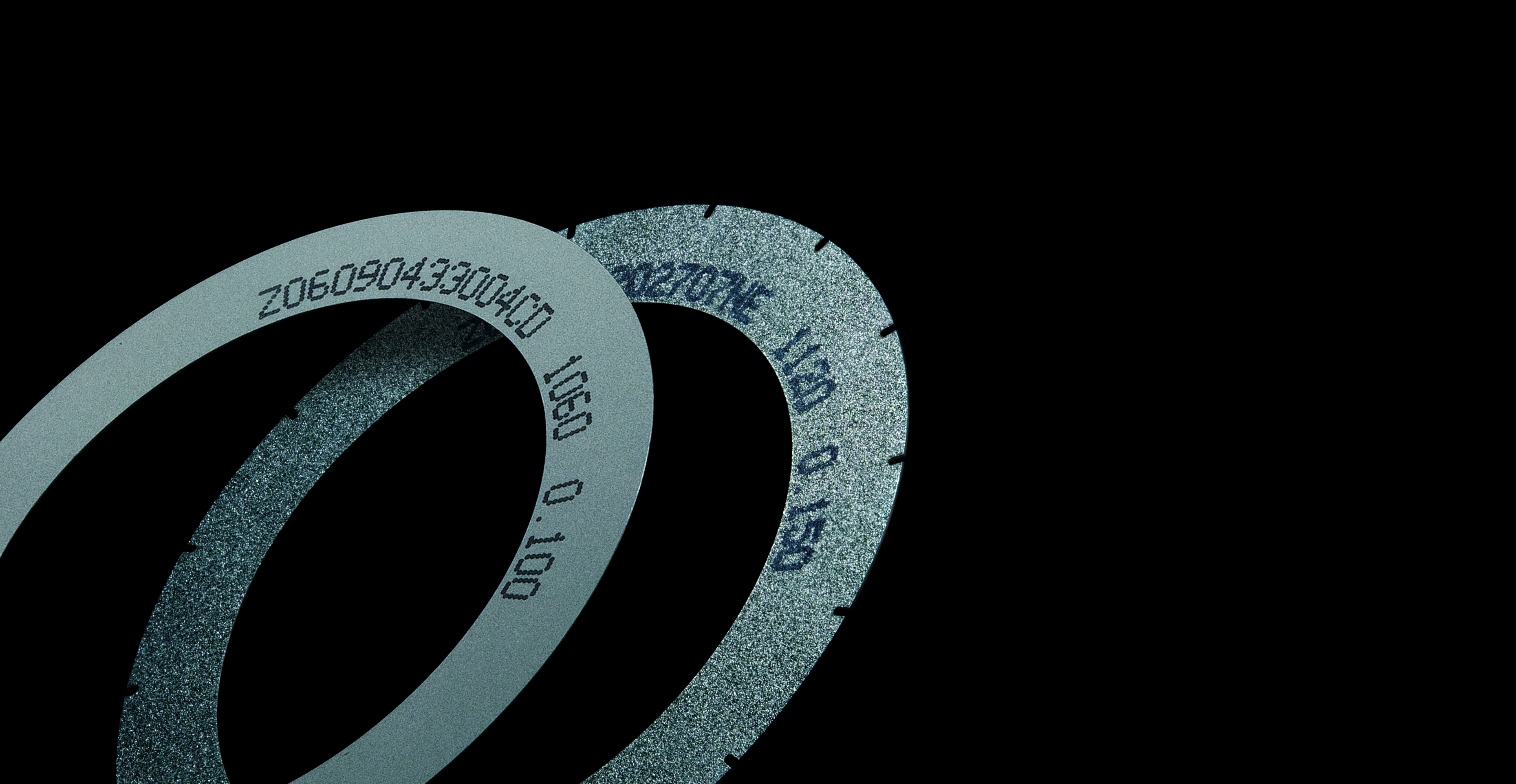 In recent years, with the increased adoption of IC cards, RFID tags, and SIP (system in package) for cellular phones and other mobile products, the market for finished semiconductor die 100 µm thick or less has grown rapidly. This high demand has in turn made the processing of thin wafers an essential competence for many device manufacturers. To provide the processing results that these companies require, DISCO continuously researches and develops the machines, blades, and applications that make thin wafer dicing a reality.

As stated above, it is generally advisable to dice thin wafers with an extremely fine-grit blade. But because these blades have reduced cutting power, they can be affected by films, TEGs, and other elements of the wafer frontside. Clogging can result, in turn compromising processing quality on the wafer backside. In such a case, the use of a step cut (instead of single-pass dicing) often solves the problem. Further, when performing blade dicing with a view to stable, long-term processing, it is essential to maintain a consistent processing load and preserve the self-sharpening mechanism of the blade.
In the case of thin wafer dicing, the volume of material being ground by the blade does not contribute significantly to the processing load; therefore, this load must be raised by adjusting the processing conditions themselves. Graph 2 displays the relationship between feed speed and processing load. Grit size, feed speed, and spindle speed are closely interrelated processing factors that require knowledge and experience to adjust. DISCO performs careful and detailed experiments that allow a perfect match between dicing processing conditions and customers’ thin semiconductor workpieces.

In the typical kerf check function, spindles Z1 and Z2 cut in separate areas with kerfs checked individually (it is difficult to check both kerfs simultaneously, as the Z2 kerf becomes hard to measure). In the case of a step cut, however, the Z2 blade, which does not normally cut the surface of the wafer, can encounter films, TEGs, etc., and incur damage. This damaged Z2 blade may then cause backside chipping and other problems.
DISCO’s Short Kerf Check function can help solve this problem. In this function, the Z2 blade cuts with a shortened stroke; the kerf is then measured and the information processed. Because of the shortened stroke, the Z2 blade incurs minimal damage and does not become a cause of increased backside chipping. Through the proper blade, processing conditions, and the DISCO Short Kerf Check function, it is possible to dice thin wafers with extremely high processing quality. Please contact your DISCO representative for further details about thin wafer dicing and DISCO’s premier applications support.